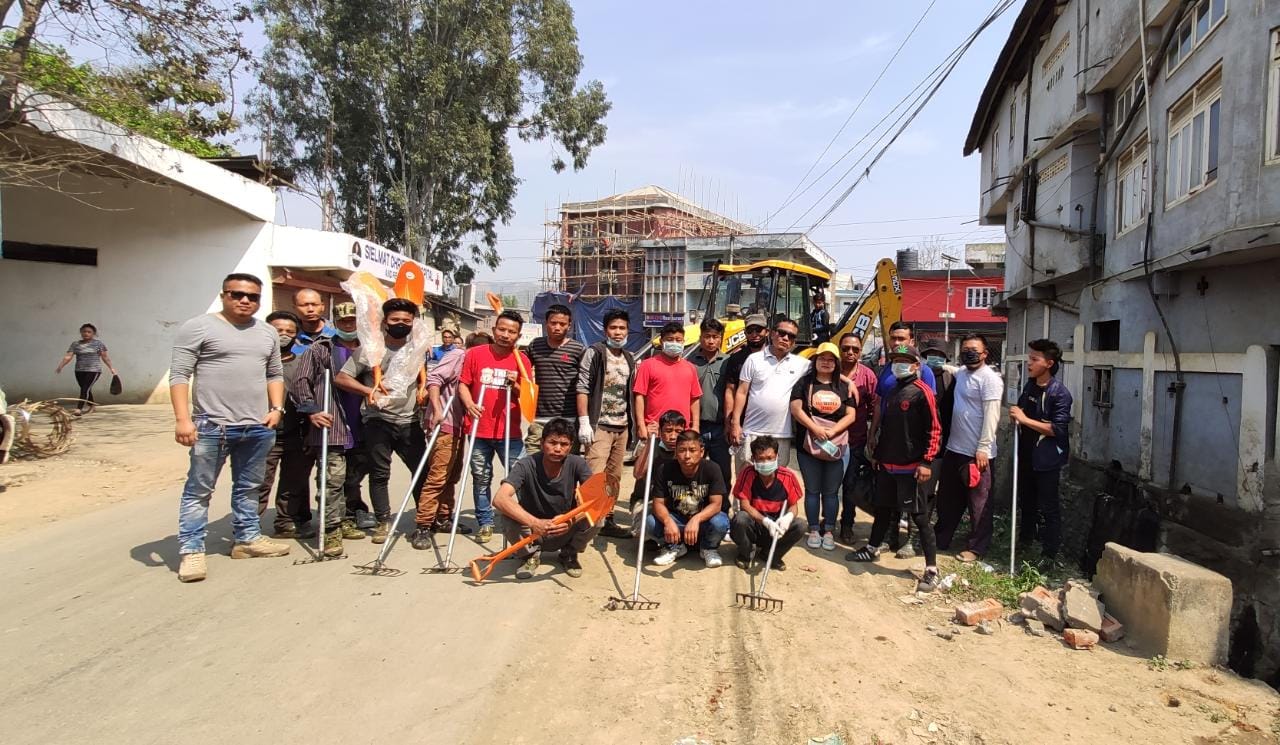 International day of action for Rivers was observed on the 14th March 2020 with the theme “Women, Water and Climate change.  The event was organized with the active participation of ADC and Women CBOs like Hmar Women Association(HWA), Zomi Mothers Association(ZMA), Kuki Women Union(KWU), Sinlung Royal riders, Mizo Peoples Convention, Women’s Wing (MPC) and Ima Leimarel Apunba Lup  with  the   main goal of raising awareness among the general public on the need to safeguard and protect major streams like Lanva, Chiengkon and Koite Lui which has  turned into garbage dumping site and to clean up Khuga river, the only river in the district which is slowly dying with all kinds of pollutants as a result of negligence over the years.

A short formal program was held at RWUS Conference Hall with a powerful message from Shri Paukhanlian, Chairman ADCC and Ms Mary Beth Sanate, Secretary RWUS outlining the need for citizens to actively  participate in the protection  and cleaning the streams and Rivers. The event was also widely covered by the local media.

Since 2019, RWUS has been organizing the International day of Action for Rivers in Churachandpur district in collaboration with Autonomous District Council (ADC) and several civil society organizations in the district.